Shake it Off | Is ‘Trembling Therapy’ the New Yoga?

Can we shake away our problems as carelessly as an animal? One trauma expert seems to think so, and we put his theories to the test

Shaking it off may sound a little dismissive as a way to deal with trauma, anxiety, or chronic pain, but according to author, body-worker, and trauma expert Steve Haines, controlled shaking – essentially a kind of moving meditation – is the next big trend in therapy.

Have you ever seen a dog or cat shake something off – rainwater, a build up of emotions after a fight, or some invasive poking and prodding at the vet? They shake from the tip of their nose to the end of their tail and almost immediately recover from something physically or emotionally uncomfortable.

According to Haines, we too, like all animals, have the ability to do this. We shake involuntarily after intense experiences like being in an accident, giving birth, or after public speaking. “Most people are encouraged to stop shaking – but shaking it off is actually a valid thing to do for your nervous system,” Haines explains. “We don’t shake because we are traumatized, we shake as a response. It’s a very primitive mechanism to reset muscle tension from a stuck state, release stress and enhance the mind-body connection.”

Based between London and Geneva, Haines teaches TRE (Tension and Trauma Releasing Exercises) in workshops, small groups and one-on-one sessions. The short series of exercises purposely switches on this shaking mechanism helping you to reboot and release old action patterns which can in turn lead to deeper sleep, being more creative, better digestion, a clearer head and less pain.

Trauma incidentally is defined as anything that overwhelms our ability to cope. “It could be a car accident, explicit sexual abuse, sudden death of a loved one or returning from a war zone,” say Haines. “However, we also see tension, stress and trauma as a continuum so overwhelming stress at work, your boss shouting at you, arguing with your spouse, falling off your bike – that accumulation of small things can also lead to chronic tension and stress patterns that overwhelm our experience. It all goes down the same neural pathway.”

I arrive for my one-hour session without any particular issue in mind expecting to shake dramatically like I’m being possessed by a demon in a horror film, but an exorcism this is definitely not – it is in fact quite the opposite. Haines takes me through a set of seven simple yoga-like exercises to tire my legs. At the end, lying on my back in a butterfly position with the soles of my feet together and my pelvis lifted, I move my legs together to the point that they shake. 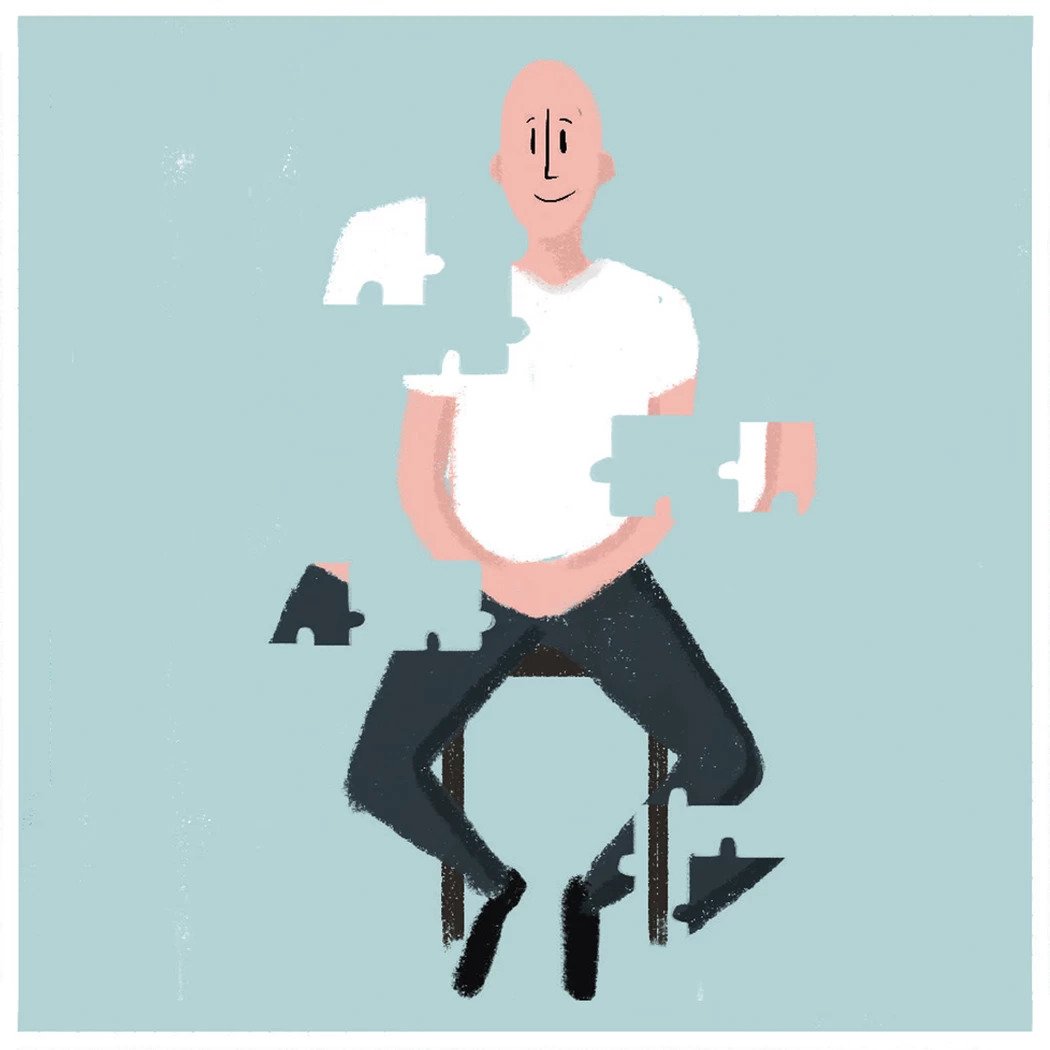 I’m not entirely convinced I’m actually doing anything until I realise that 10 minutes later I’m still there and the shaking is getting more intense. Apparently this is the point. “Don’t think too hard,” advises Haines. “It’s an act of letting go.” This rings true of any form of meditation.

TRE was developed by Dr. David Berceli, a trained psychologist and expert in both trauma work and international conflict resolution. His aim was to provide an easily accessible tool to communities in developing countries to help them to move beyond personal trauma, as well as bringing healing and reconciliation between diverse groups. TRE has been tested, with positive results, in war-torn countries in the Middle East and North Africa, as well as those affected by recent earthquakes in China and Nepal, and soldiers returning to the USA.

“The really big thing here is that we are finding you don’t need to understand or even remember trauma it to heal from it,” Haines tells me. The communities in developing countries for example don’t have the resources, time or cultural inclination to deal with trauma in traditional talking therapies. In the same way those who have suffered from a difficult birth or an adverse early childhood might well be carrying these experiences in their body but they won’t be able to remember them in order to talk about them.

Does this mean we can recover from our traumatic experiences – big or small – without spending a small fortune to relive and work through them in therapy? Is this the end of lying on a sofa, tissue to hand, talking endlessly about how things make us feel?

“I’m very passionate about the idea that emotions, thoughts and memories all emerge from physicality. This is the current theme of anyone working sensibly with trauma right now,” explains Haines. “TRE works from the body up. It’s the idea that your mind and thoughts change as your reflexes switch off. It’s very hard to think clearly and have a clear emotional space if your body is not in place.”

“It’s not about trying to understand what happened in the past – it’s about how you can manage the sensations that are happening right now. For some people not talking, just shaking and coming into their body can be life changing.” However, he is quick to add that some do need more support. “For people with very complex trauma, TRE can fit in to, and be a part of a package of care.”

So, how did it feel? Attending just one session is a bit like trying yoga for the first time – you know there’s something to it but you need to commit to regular practice to feel the real benefits. I didn’t shake off the rainwater as dramatically as that dog but I definitely left my session feeling lighter and more alert, like I had unclenched my body a little. It was somewhere between a massage and a really good night’s sleep – and I’ll take that. 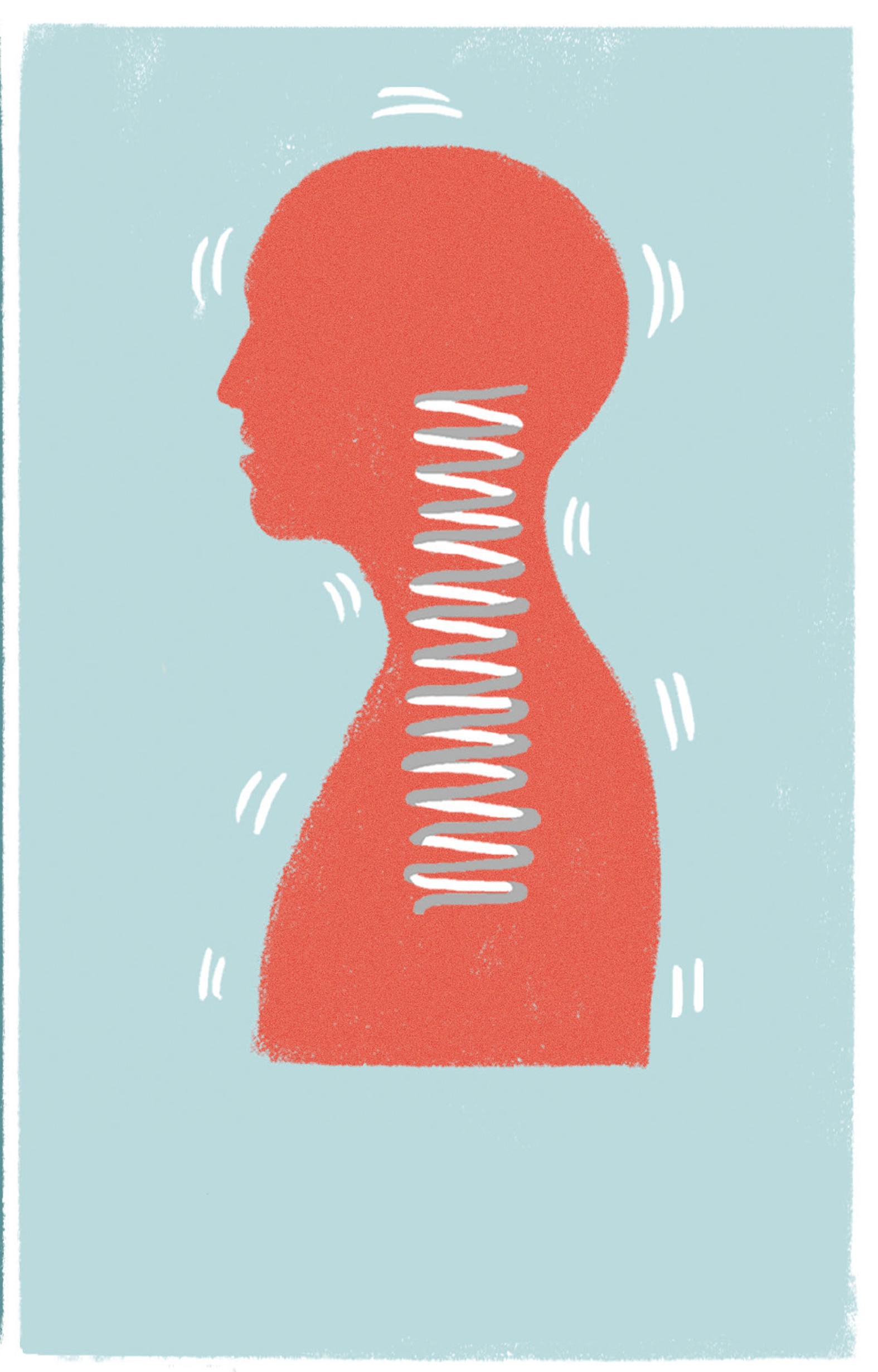